Protect your Twitter and LinkedIn Accounts with Two-Step Verification

In June 2012, LinkedIn was maliciously hacked, resulting in millions of compromised passwords, and a deflated sense of security among LinkedIn's members. In response, LinkedIn, as well as Twitter, have taken steps to improve the security of their accounts, including an optional two-step verification process.

Twitter made the first move by offering two-step verification in May 2013, one month after The Associated Press’ Twitter account was compromised. LinkedIn followed suit, offering this enhanced security measure about a week later. Two-step verification involves receiving a numerical code via text message to use for your log in (in addition to your username and password).

Ensure the security of your accounts by turning on the verification process for both Twitter and LinkedIn. It only takes a couple of minutes, as the process is very similar for both accounts:

After turning on the verification, a code will be sent to your mobile phone. Enter this code the next time you access your account. LinkedIn will send you a code every time you sign in with an unrecognized device, while Twitter will require a new code upon every login. It does require a bit of extra effort, but protecting your online presence is worth it!

About the Marketing Bite

Marketing Bites are short actionable tips to help you market your business. Each Bite contains a marketing idea and an easy to complete action. The Marketing Bite is emailed weekly to subscribers.

"You offer such great information - I feel like I am gaining a bigger and smarter marketing presence. Thank you so much!" -Pamela

"Thanks. I have been getting a lot of value from [the Marketing Bite]. If I need help with marketing on the web in the future, I know where to find the experts." -Jodi

Sign Up for
Marketing Bites
Take Your Website From Zero to Hero!
Let Us Know
How We Can Help! 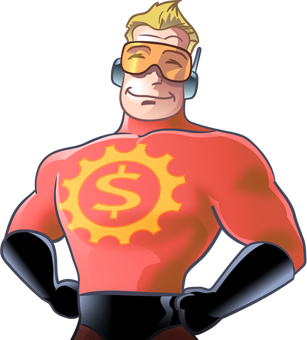